The Shapes of our Cheeses

In the past, cheese makers used to use a basket called “forme” in French (literally “shape”), to drain the water out from the milk collected at the farm. The result of the operation was logically called “formage” (“shaping”), and symbolised a key step of what would then become... Fromage! The shape is thus at the centre of this word we like so much, and this is why, from the pyramid to the wheel, or from the square to the log, our hundreds of cheeses have as many shapes to offer us. Goat cheeses, more numerous and diverse thanks to their relative easiness to be produced, are the most touched by this richness of shapes. However, a number of other cheeses are candidates to this form of originality, which also enables to underline their uniqueness.

Which shapes for our cheeses?

Historically, the French word for cheese, «fromage», is derived from the Latin «forma» which means form and so, «to shape». Thus, its shape fundamentally defines cheese. In the past, the cheese shape was either round or square, but it now exists under various types of shapes. 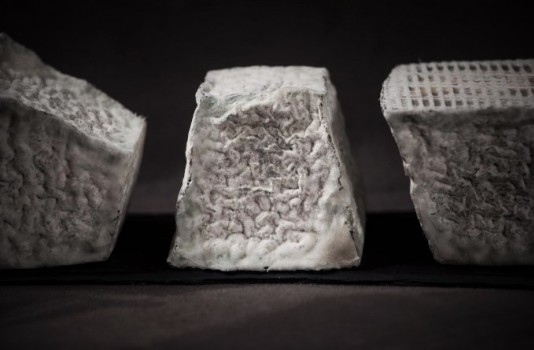 How is cheese shaped?

The shape of a cheese is obtained during the second stage of the cheese making process: the moulding,
which consists in separating the curd from the whey. Basically, there are two main types of moulds depending on the cheese. Pressed cooked cheeses are generally moulded in a cloth held by a wooden
mould. In opposition to pressed cooked cheeses, the curd of soft cheese is ladled into moulds that have
small holes so that the whey and water can drain out. This whey can then be used for other purposes.

There are many legends about cheese, some of which would explain the shapes of certain cheeses (such
as Valençay or Neufchâtel for instance). However, the shapes of cheese usually depend on habits,
making needs, and comfort, or worse : marketing considerations (for the most recent cheeses).